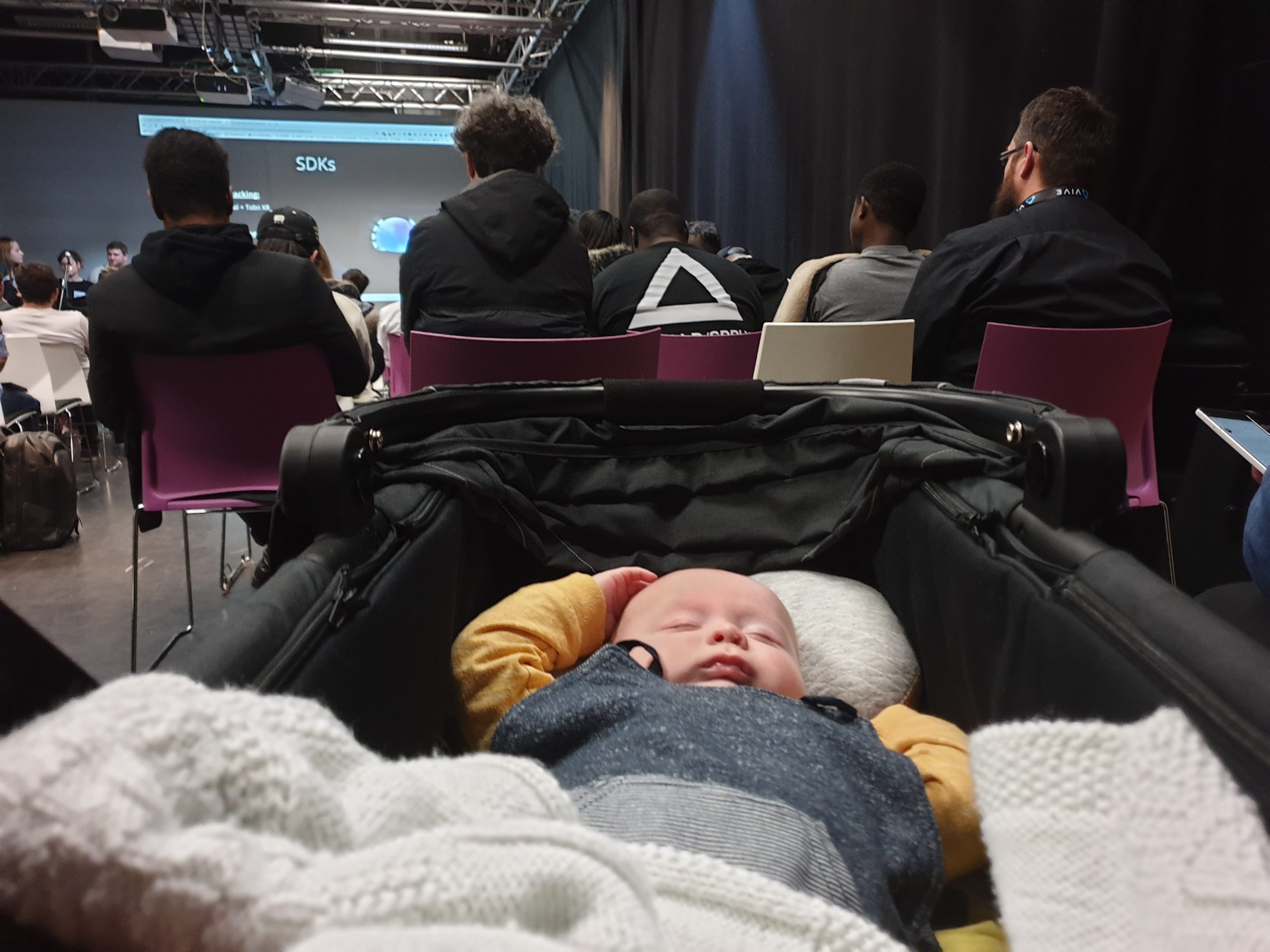 Fun times now with expo season coming up and having to look after a under 1 year old!

So far it’s been OK, as long as I’m warning people in advance.

Out at various tech and games meetups around Cornwall has been great. Turns out the little one loves pubs. He gets to watch everyone interact, and after he won’t stop “talking” himself!

We did a workshop which was awkward when I’m not sure they realised how many random happy noises babies make all the time. My husband and I ended up having to take turns having him out the room. Also, getting in and out was frustrating when it was on the 1st floor, and there was no working lift!

Same weekend we did an organised game jam hosted by HTC’s Vive team. They were brilliant! Very forgiving with his noises and cries, had a space for his milk machine, created a quiet room where he could nap, helped us up and down stairs, and brought a portable fridge with them for his milk. He became a bit ill there, but Kev from VR Focus was awesome and went out and brought us a thermometer to check in him – and sure enough he was running a temperature.

A local business event has been rubbish though. They just banned him outright. It got me thinking of keeping a level playing field, and why mother’s tend to get left behind when it comes to business.

Ultimately, some spaces believe you should get childcare. Well – that’s not free, and in fact is really not cheap and not practical when the event you are attending is over an hour away from where your baby sitter will be. Otherwise people assume you can get family to look after them – but ours are literally opposite sides of the UK.

We need to give parents the same opportunities as others, no matter their income. There’s two choices.

First we change benefits so that we give parents free childcare from birth rather than from 3 years old. This would allow more parents to return to work, giving back to society.

Or we change the law and say that we need to give parents and their children the same access as we do for other accessibility issues, up until they can get free childcare. So if the child is 2 or under, they can be alongside their parents to work, events, cafés etc.

Feels like the first option is the most practical – but this doesn’t really help mothers who are breast feeding (which is normally up until about 6 months old).

Well, if you are reading this and are responsible for who attends your event/work, just keep in mind that not everyone can afford childcare, has grandparents around, or can even leave their child yet. Just because there’s a baby making a few noises in the corner doesn’t mean that the parents can’t be productive. And any good parent won’t just leave their kid crying, they’ll be making sure they stay happy or taking them out the room to settle. We were all like that baby at one stage, just now we let mother’s back to work – you just have to support them.