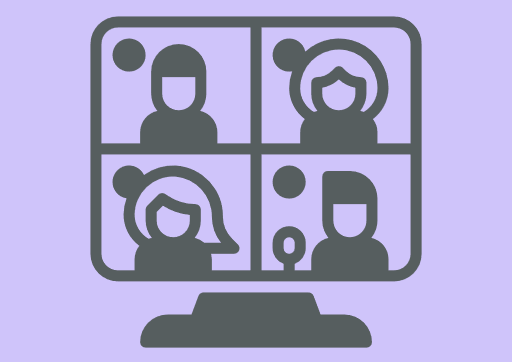 What has worked, what hasn’t, what we’ve gained and lost by moving to online only events.

Obviously with the current scenario a lot of event organisers have moved to online only events. I thought I would share what benefits and downsides we’ve had with the transition.

There’s a few things I miss about physical events – random encounters, new faces, being somewhere outside the office, heading out for a meal with strangers and old friends.

I’ve taken part in organised meetings where you pre-book slots with people and a virtual meeting room is spawned on that time you both go to. For those I feel I’m more productive, meetings are much easier being able to immediately share documentation or builds, and I know the person meeting with me must be somewhat interested in what I have to say as they connected with me in the first place. You really miss the chance encounters however.

One meetup decided to try out their own new matchmaking roulette software. Great idea – just log onto one URL and you’ll randomly be paired with someone from a small group of applicants.

I’ve previously written up a lengthy post about improving accessibility to physical meetups – and part of that was allowing for a digital online equivalent. In some ways, the forcing of events to be online only really has been a great social leveler. People who struggle to travel, who can’t afford to, those who are limited in time or have caring responsibilities now are on a level playing field of opportunities to others. Developers can now use accessibility software on their own machines such as automatic captions, text conversation, sound and video, and even potentially live translations.

There’s still limitations of course. The most obvious seems to be that the more pitch-like conferences require you to have an already amazingly written profile, photos of yourself as avatars, preferably with a well polished pitch deck attached too. People can decline a meeting with you based on your name, photo or your profile not being in English. It could potentially be quite discriminating – but there’s no way to really tell that. At a physical meetup it’s pretty hard to ignore someone that comes up to you directly, introduces themselves to you and asks you a question.

I’ve used all sorts of web-based applications over the past few months. It’s been quite a trip! Some of the UX has been amazing, some has been shocking.

Well it sounded like a great idea – I couldn’t join. Checked using Firefox, Chrome and Edge – none of it worked. I wasted a good hour there trying to get it to work, checking their scripts to why it wasn’t. Perhaps having a fallback or using more publicly accessible software would have been better. What it at least needed was status error codes I could send to the developers, but a more public facing elegant fail system was a minimum.

Unfortunately the software there was not cut out for the task due to some very odd design decisions.

Everyone was completely muted for talks – including in the hangout areas in that environment – so no one could have breakout chats unless they were in a completely different hangout space.

The avatars had no ways for expression other than pointing and open hand. I couldn’t use my hands to communicate. I was told this is to allow people to join in with web browsers – but I’m sure you could have fall back key presses for hand gestures and all those with Index controllers to still have fully rigged hands!

Not just that – but the designs of the avatars were so limited. Most people were just using the default so everyone looked the same and you could only identify people by the random usernames floating above them.

The audio was everywhere! No one was being normalised so people were sometimes too loud, sometimes too quiet. The talk itself tried to deafen me. It also wasn’t smart enough to cut out feedback when someone had their speakers too loud – we had to awkwardly just move away from those people. It didn’t even seem to be binormal audio so I was finding it impossible to know who was talking and where from.

The event was also completely public, and I can’t see how you could have done it otherwise. Even if it was free, I’ve had to spend time out of my working day to join – which isn’t free! When I go to a games developer conference, I expect to chat with those around me and for them to at least be related to the games industry. I met a lot of AltSpace fans and VR players – but kept having to reload my scene to find developers. If I wanted to meet players and fans, I would go to something like EGX.

Spaces were limited to I believe was 30 or so people? That’s nothing compared to a normal conference. With the attendees being completely random too it meant that it was even harder to hunt the games developers.

And the vital thing – impossible to share contact details. You only get to add people as AltSpace friends, which is not useful. I need to be able to give people a virtual business card. They could click on bits of the little VR business card and it could open up a browser with someone’s portfolio page already loaded up.

The pitch and meet solutions have been so much better for meetings. Little things like a built-in calendar to block out time and book in meetings (though please let me export the whole calendar to Google Calendar!).

Finding meetings on some services were harder than others. Meettomatch.com was far far better than dealroomevents.com. I found it a lot easier to filter and find people, and profiles had a lot more depth to them. Of course the filters and tags are up to the organisers as well, they do need to be set up right.

On meettomatch.com my profile could also be setup in a way that allowed me to basically do most of my pitching and introduction beforehand, which meant that all my conversations basically started 15 mins into a standard chat with someone! We could say a quick plensentaries and get on with discussing matters at hand. Quality use of time.

Having the web-app itself built in virtual conferencing makes life so much easier when you don’t have to switch between Zoom, Hangouts, Skype, Teams etc. It also means they can have things like timers to tell you how long you have left of your slot, but smart enough not to just cut you off.

I must not forget online networking via more standard ways – like Discord and Slack. It obviously depends on the group but having a great set of good acquaintances, friends, and new developers on an online group has been excellent. Simple text and gif chat can help with feeling like you have a bit of company. Invite systems are weird and could be improved for both (like, Discord assuming you want all invites to die by default after 24hrs?). Audio and video one-to-ones really don’t happen much though.

The GamesIndustry.biz Investment Summit Pitch and Meet (via Meettomatch.com) was one of the most productive expos/meetups I’ve had in a long time. It was well run, incredibly well attended, on software which did it’s job exactly how it needed to.

But it didn’t cover all what a physical meetup does but I took part in an online event which had a very close physical expo feel. The Falmouth Games Academy Expo was an online event spearheaded by Nick Dixon for the final year students of the games course. It was set up to be something special to celebrate their work because they normally have a physical expo. It was very innovative with a mix of software, stream and techniques to engage on all levels.

There was the online website and gallery where you could download and play all the games. Hosted on Itch.io too it meant that there was a solid, dependable host to download the games from and all the students to decorate their store page as they would on Steam or their stand on the expo floor.

There was a live stream of the student teams taking it in turns to do playthroughs of their games – a very modern thing which we have to often think about doing as game developers. Something that they would have to at least in person do with press on the stand.

Nick hosted an interview and Q&A live stream of developers on Twitch. Viewers could ask questions, they would come through to a team behind the scenes who would share them with Nick, who would then ask the developer. He knew his interviewees well, asking some really solid questions which really engaged the audience into asking some excellent ones themselves.

There was a Discord chat with both casual chat and organised meetings with the Industry Professionals that were being interviewed earlier. Students got a more private opportunity to ask some questions directly applicable to them. The more personal Q&As were via video and voice, with organiser moderators only popping in to inform when time was drawing to a close.

They then topped off the day with Twitch streamed awards to really bring the expo to a close with a party.

To be the Best

Use frictionless software! People will only be able to meet if your software works, is easy and enjoyable to use.

The main benefit to all these online events is that I have saved a lot of money, time and enviroment not traveling, got to look after the little one while being between meetings, and got to meet developers and publishers who normally never visit the UK. They are so much more accessible.

But we can’t expect our online digital meetups to be the be all and end all if they only cater to one kind of human interaction. What the Games Academy Expo showed me was that you have to “mix the mediums”, like in a physical expo. This innovative digital expo only replicated what happens with a physical meetup – casual hangout spaces, talks, panels, show floor, private meetings and even the end party.

The only way can we feel like we’ve had the presence of going to a physical expo in a virtual space is by mixing those mediums in a frictionless environment – like we do with phsyical meetup.